An attempt to approach the radio play genre through what surrounds it, Philoctetes: Rehearsals (Act I) is the first act in imagining the processes of a non-existent play through the play's rehearsals and the life of its actors outside practice hours. Presented here in this first act is the beginning of its rehearsal processes: actors commute back and forth to the rehearsal space, and initial discussions are carried out to grasp the text. This radio play is made almost entirely out of found sounds, with occasional interjections by the artist. 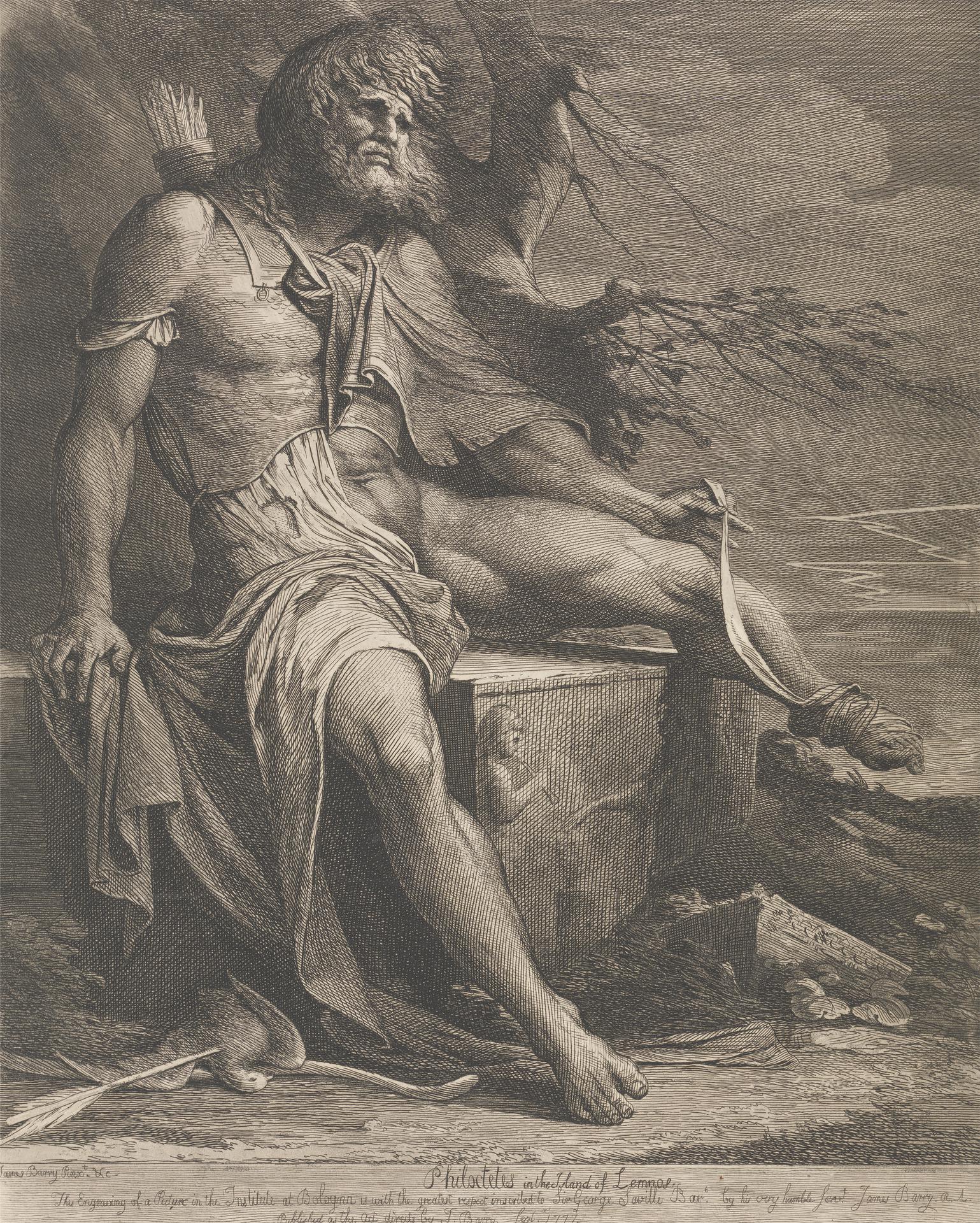 Image: James Barry, Philoctetes in the Island of Lemnos, 1777