After the Spanish "discovered" the islands of Aruba, Bonaire and Curacao they dubbed the islands “Islas Inutiles”, or Useless Islands in English. Even after more than 500 years, this colonial term is still felt. The Dutch Caribbean, including Saba, St. Eustatius (Statia), St. Maarten (SXM) and their Diaspora are clumped together even though they differ culturally from each other. And even though colonialism is formally over, the culturally mis- and underrepresentation of these members of the Dutch Kingdom has left the term “Islas Inutiles” as a whole still ringing true.

For this reason, Bar None presents “Islas Inutiles”: a Dutch Caribbean exploration. With this event we aim to portray some of the various facets of Dutch Caribbean creativity, with Bubbling, Carnival, Contemporary art and Cinematography. The theme to which the art is curated, is the intimate portrayal of Dutch Caribbean identity. We've invited Dutch Caribbean artists Natusha Croes and Gilleam Trapenberg as both artists and curators to help present this theme.

Cinema
The opening of “Islas Inutiles” takes place in the Cinema of the Dam'd with a showcase of The One Minutes Series Islas Inutiles: seven intimate portrayals of Dutch Caribbean identity. A talk between DJ Moortje and False Witness on the origin of Bubbling and its' influences. And a talk with Randy Telg of Bubbling TV on the history of the dance-style and a performance by the Bubbling tv 2.0 dancers. Afterwards all video artworks, including The One Minutes Series, will be played on a loop till 01:00. 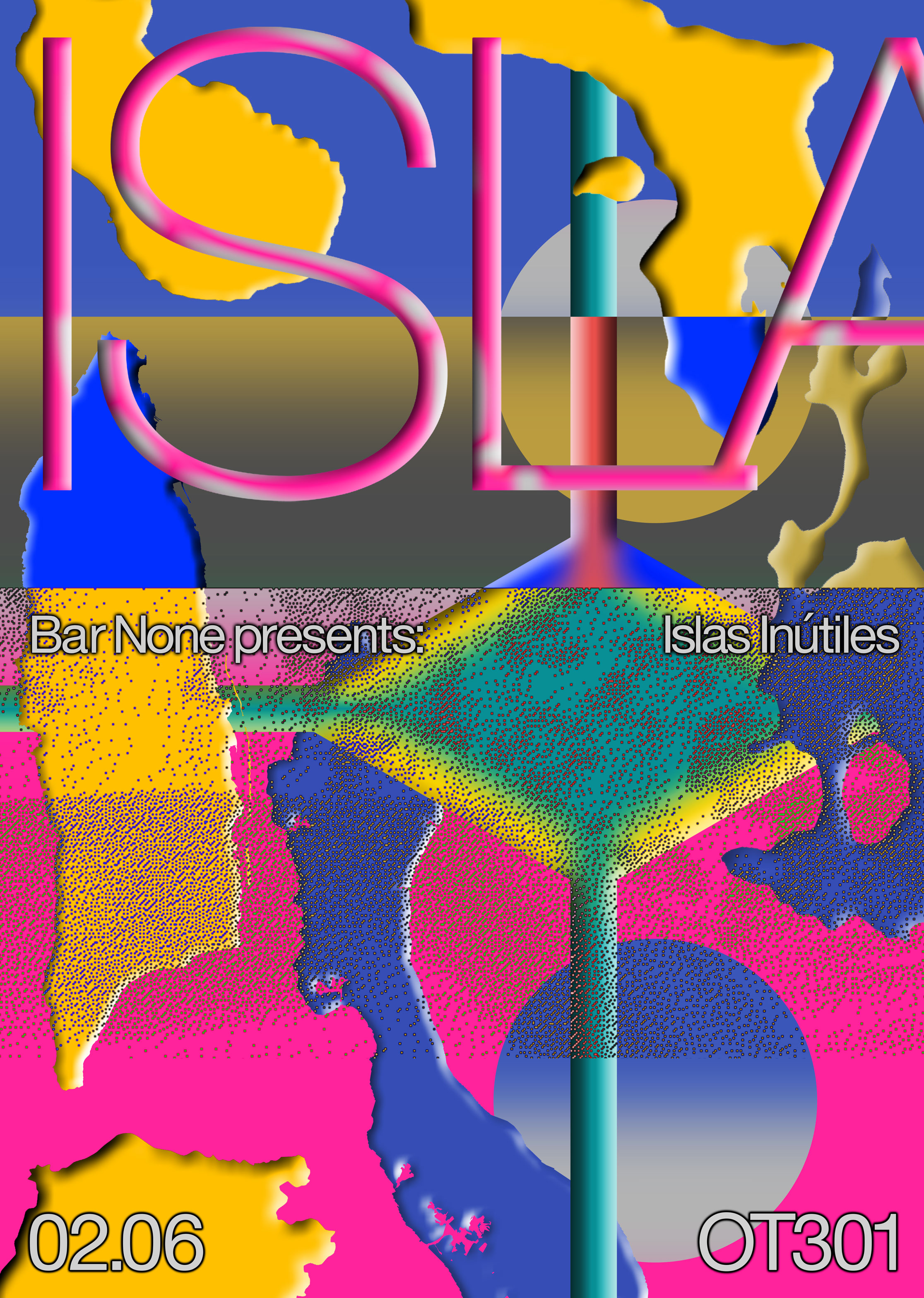