Our third collaboration with Muro Sur is a conversation with Ana María Fernandez, on the occasion of the exhibition 'I Saw It By Ear' in Rozenstraat. Martín La Roche and Arif Kornweitz visited Ana María in her kitchen in Amsterdam to hear about the history and future plans for Muro Sur.

Muro Sur was the initiative of a group of young artists Ana María knew for some years, among them Cristián Silva, Mónica Bengoa, Voluspa Jarpa, Ignacio Gumucio and Mario Navarro. Its history goes back to the year Ana María moved back to Chile in 1996, after having been away for 23 years. One has to consider that the country was coming back to democracy after many years of a very controlled cultural life in an environment of distrust and fear. Muro Sur was born in a refreshed democratic context, as an answer to the lack of independent spaces to show experimental art.

The place to exhibit was the southern wall (literally muro sur, 6.00 x 3,60 m) of Fernández’s apartment, in a new building placed on the traditional neighborhood of Plaza Brasil, in the civic center of the city. The reaction of the public was overwhelming and Muro Sur developed a program of 5 exhibitions, including key names of the contemporary Chilean visual arts: Eugenio Dittborn, Eduardo Vilches, Paz Errázuriz, Gonzalo Díaz and Carlos Altamirano. Afterwards the space moved to the basement of the building where a series of new exhibitions took place. These activities – art shows, publications and discussions – lasted from 1996 until 2000. Afterwards, and with the financial support of the Prince Claus Fonds, Muro Sur continued for 4 more years in another location at the Mosqueto street in Santiago de Chile.

Muro Sur also developed projects in other spaces in Chile and abroad:

In 2000 Ana María Fernández decided to move back to The Netherlands. The collective continued its activities until 2004.

In 2018 the new Muro Sur invited the 29 Chilean artists related to the original Muro Sur to express in loud voice a piece of art they would like to exhibit in the show called Écfrasis, planned for 2020 in Amsterdam.

In 2021, in Amsterdam, Muro Sur founder Ana Maria Fernandez and artist Martin La Roche in collaboration with Rozenstraat curator Madelon van Schie organized a new phase of the project ‘Écfrasis’. Sixteen participating artists, coming from different Chilean backgrounds and generations, were invited to produce a new audio piece for the exhibition, occupying a space in between concept and materialization. The artists were chosen for the particular links in their works to the Netherlands, of which they will give an unforeseen panorama. 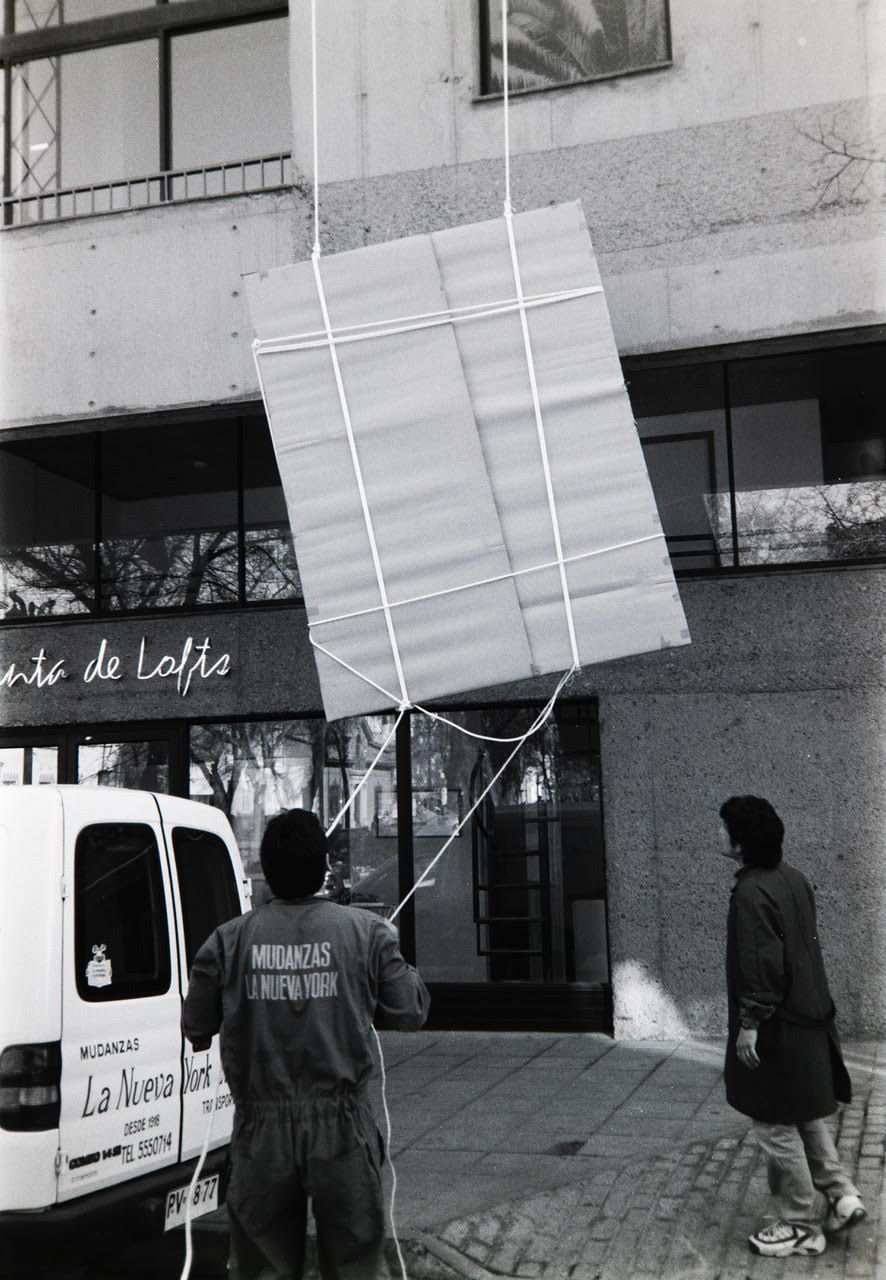