A broadcast of the sound piece on Gaborone, 1985 (2021, 3:38 min) marks the start of the residency of artist Kim Karabo Makin, who lives in Botswana and is one of four artists selected for a Ja Ja Ja Nee Nee Nee radio residency during 2022.

"on Gaborone, 1985 considers the June 14 raid on Gaborone by the South African Defence Force (SADF) as a traumatic turning point for Botswana’s creative development – resulting in the demise of Medu Art Ensemble overnight. Positioned centrally to my Master of Fine Art body of work – the doors of culture shall be opened (2021), on Gaborone, 1985 notably includes a Radio Botswana jingle interspliced with segments from the South African Broadcasting Corporation’s (SABC) Truth and Reconciliation Commission (TRC) Special Report, as well as then-President of Botswana Masire’s reaction to the raid, and South African 80s group Future’s song, Party Weekend (1985). The featured mix unpacks an intertextual reimagining of Gaborone in 1985, where it is significantly described as the year that Botswana’s capital ‘lost its innocence’.

This work importantly refocuses my initial disappointment in Botswana’s limited national archive of Medu into a generative starting point – considering the manner in which the archive lives on today. In addition, I consider how at the time, my grandmother’s radio cabinet may have brought news of the SADF raids on Botswana to my family, and the extent to which the story resounds unsuspectingly in contemporaneity, through the local lives that received this impact. on Gaborone, 1985 also introduces the cyclical nature that underscores the exhibition – by considering the extent to which the sound mix may constitute a socio-cultural symbol, and thus a tool in activating spaces as sites of memory. By looping on Gaborone, 1985 four times, I aim to recognise and commemorate June 14 as one of four raids by the SADF in Botswana in 1985. By broadcasting on Gaborone, 1985 via Ja Ja Ja Nee Nee Nee’s platform, I aim to engage an international audience through aural storytelling, where I am particularly interested in reflecting on Medu’s suppressed narrative in Botswana as a contemporary Motswana artist myself. In addition, the hour-long broadcast
(including moments of silence) is intended to provide a space to reflect on themes of transnationality, with respect to both Botswana and the Netherlands’ historical entanglements with South Africa. In this way, I hope to extend a conversation on Medu’s lasting memory across borders, and further delve into archival research on culture as a weapon or tool for change.

Furthermore, with this broadcast I am interested in providing some analysis of the post-traumas of Botswana in the anti-Apartheid struggle, with respect to the Netherlands. In so doing, the broadcast of on Gaborone, 1985 via Ja Ja Ja Nee Nee Nee will inaugurate the beginning of my residency. Going forward, I hope to reflect on the historic context of Botswana’s capital Gaborone – my hometown and the home of Medu, with a specific look at the ‘Culture and Resistance Conference’ that took place in 1982. By comparison, I will draw connections between Gaborone and Amsterdam, as the Dutch capital and self-declared anti-apartheid city, with respect to the ‘Culture in Another South Africa’ (CASA) conference that took place in Amsterdam, in 1987. In partnership with Ja Ja Ja Nee Nee Nee, through this residency I aim to provide a space that reflects on themes of transnationality, with respect to both Botswana and the Netherlands’ respective positions in the Anti-Apartheid struggle." - Kim Karabo Makin 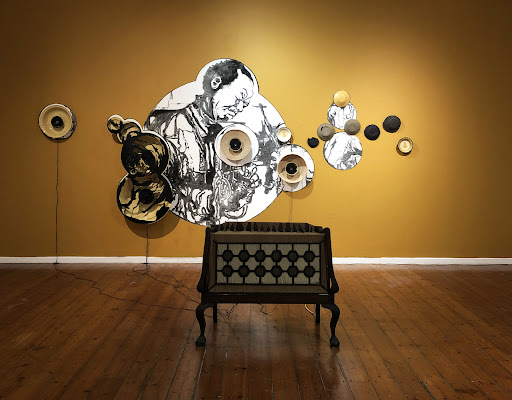