As spring is quickly turning into summer, windows are opened and bird calls mix with the sounds of daily work and errands. Our moods become more positive and we unconsciously burst into song or whistling. Of course, it’s one of the easiest ways to make music, but there’s more to whistling. In this Sunday broadcast, presented to you by Reinier Klok, we will listen to alternative languages, games, hunting techniques and finally, whistling to make our daily life a little more pleasant.

The work consists of a four-character conversation (The Father, the Son, the Sorceress, the Chorus) interpreted in whistled speeches, usually distributed in a surround sound and video installation. The composition is here specifically transformed for a stereo listening (enhanced with headphones).

Special thanks to
All the whistlers mentioned, their patience and their hospitality
Sjoerd Leijten
Centre National des Arts Plastiques
Jan van Eyck Academie

Inuit throat-singing is done in the following way: two women face each other; they may be standing or crouching down; one is leading, while the other responds; the leader produces a short rhythmic motif that she repeats with a short silent gap in-between, while the other is rhythmically filling in the gaps. The game is such that both singers try to show their vocal abilities in competition, by exchanging these vocal motives. The first to run out of breath or be unable to maintain the pace of the other singer will start to laugh or simply stop and will thus lose the game. It generally lasts between one and three minutes. The winner is the singer who beats the largest number of people.

Originally, the lips of the two women were almost touching, each one using the other's mouth cavity as a resonator. Today, most singers stand straight, facing one another and holding each other's arms. The sounds used include voiced sounds as well as unvoiced ones, both through inhalation or exhalation. Because of this, singers develop a breathing technique, somewhat comparable to circular breathing used by some players of wind instruments. In this way, they can go on for hours.

Words and meaningless syllables are used in the songs. When words are used, no particular poetical meaning or regular meaning are assigned to them. These words can simply be names of ancestors, a word or name meaningful at the time the games are taking place, or other common words. The meaningless syllables generally portray sounds of nature or cries of animals or birds, or sounds of everyday life. These songs are generally identified by the first word, meaningful or not, of the game. In some regions, throat-songs may recount a story of some sort, though in Northern Quebec no stories are recounted, and may even include some improvisation.

This selection is from Inuit Games and Songs, from the UNESCO series of Musics & Musicians of the World. We are broadcasting recordings from Eskimo Point, Spence Bay and Igloolik, Pond Inlet.

Phil Robertson a.k.a. The Duck Commander on Duck Calls
As an avid duck hunter, Robertson was dissatisfied with the condition of duck calls. He began to experiment with making a call that would produce the exact sound of a duck. He invented his first Duck Commander call in 1972. He received a patent for this call and the Duck Commander Company was incorporated in 1973. Today, the company of Duck Commander is a multimillion-dollar business, headed by his son, Willie Robertson.

This is an excerpt from a lecture found on youtube and credited to ShellShocked Outdoors “Founded for Outdoorsmen, by Outdoorsmen, we believe God gave Man the rights to hunt and fish,if it swims flys or walks, it just might be dinner”

Recorded by James Koetting in 1975. The music was created by the postal workers canceling stamps in the University of Ghana post office in Ghana. The whistled part is from the hymn "Bompata," by the Ghanaian composer W.J. Akyeampong (b. 1900). The music is not intended for performance. In fact, the creators do not even consider what they are doing as music. 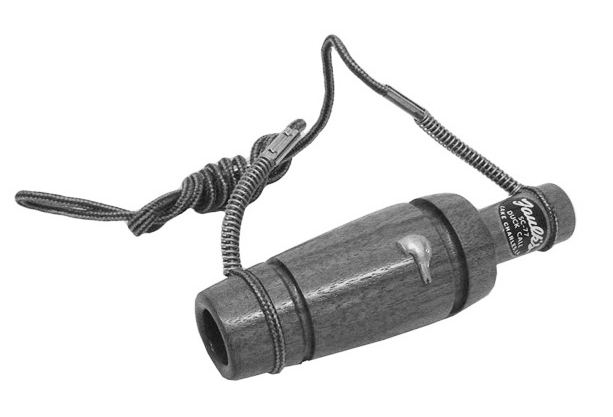