‘Unpacking Satellite Activism’ is an extended conversation hosted by Kim Karabo Makin along with artist friends and colleagues – Ann Gollifer and Thero Makepe, at the home of the Art Residency Centre in Gaborone, Botswana.

The conversation unpacks Makin’s final outcome of her radio residency with Ja Ja Ja Nee Nee Nee, a sound piece entitled Satellite Activism. In so doing, Makin engages a conversation with Gollifer in considering her practice as an archivist, as well as in unpacking the potential for an exploration of the archive as ‘living’, with specific regard to the strong presence of oral traditions in the context of Botswana. In addition, Makin engages Makepe in reflecting on the role of the DJ as an archivist of sorts, in curating the living archive. Furthermore, with a look at the cultural significance of radio in the local soundscape, the three collectively present the sort of intergenerational passing on of knowledge that Satellite Activism embraces.

In considering the life and legacy of Medu Art Ensemble in and out of Botswana, the conversation also reflects on particular moments included in Satellite Activism. Through shared storytelling, Makin, Gollifer and Makepe also unpack themes surrounding dislocation, exile, community-building, and the potential for Makin’s radio art practice going forward.

This broadcast, alongside "Satellite Activism", streamed last November 13th, marks the end of the residency of artist Kim Karabo Makin, who lives in Botswana and is one of four artists selected for a Ja Ja Ja Nee Nee Nee radio residency during 2022. 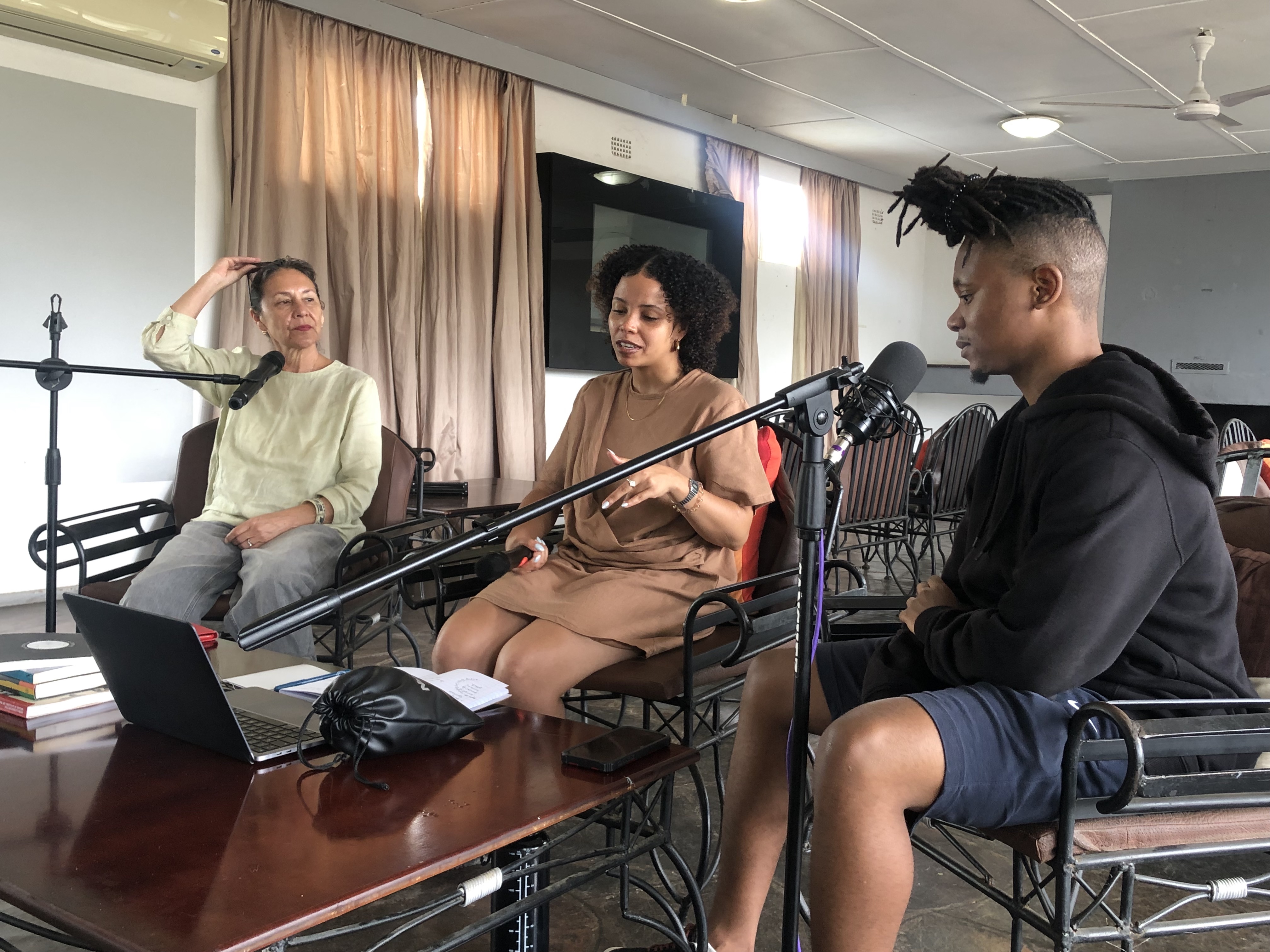